A positive pregnancy test is something you never forget, and this one was no different. My phone had been reminding me that I was late for my period for 4 days. I was still breastfeeding and had only had 2 cycles since giving birth, so I wasn’t concerned. I knew that I had one test in the cabinet so I went ahead and took it, expecting it to be negative. I watched that line appear ever so slowly and immediately said, “No effing way.” Sure enough, that line had become solid and I immediately had so many emotions. My first thought was, “Holy shit, my husband is going to freak.”


You see, we were surprised with our last pregnancy a week after he started the Masters program at WMU. This would now be our second pregnancy since he started that same Masters program. When I told him this time, he was in shock but I could still see the excitement on his face. We started planning immediately, because this would be life changing for our family and would change the entire dynamic…again.


I had struggled with some pretty severe depression and anxiety with my last pregnancy and was worried this would be the same situation. My anxiety wasn’t too bad at first, but after a few weeks and ultrasounds, it reared its ugly head.


I have always asked for an early ultrasound because twins run in my family and I’ve always wanted to make sure I would know early. But this time, things were a bit different. This time, when I went for my first ultrasound, I was measured 5 days later than what I would have thought. This time I had spotting and bled for a few hours. This time, I had a second ultrasound two weeks later and was told that it was still too early to see any fetal heartbeat because I was only measuring one week further than the last time.


This right here is when my anxiety kicked in. I didn’t want to show it because stress surely doesn’t help in these situations and life still has to go on. I still had to be a mother to the two beautiful children that I have already carried. I still had to attend all the activities because it was my daughter’s last couple weeks of school and FIELD TRIPS!


When it came time for my third ultrasound, at what would have been 9-10 weeks, I was so nervous. I was still having the nausea but it had eased up. I knew that this was it, we would either see a heartbeat or not. AJ was supposed to come with me, but Peyton was in no mood to go anywhere out of the house and so we decided we would facetime while I was there. When I got to the room, she told me facetime wasn’t allowed. I was disappointed but said, “We’ll get pictures so it’s fine.” Once she started searching with the wand, I knew. My heart dropped but I waited for her to say it. She started saying, “Actually, if you want to facetime him you can.” This only confirmed my suspicion and I declined the opportunity. She offered one more time and I continued to decline. She went on and said, “I’m sorry, but unfortunately there isn’t any further growth today and I don’t see a fetal heartbeat.” I politely and quietly said, “Ok. That’s ok.” as if I was almost unable to speak. I could feel my voice start to shake as I spoke back and felt my eyes start to well with tears. I’m not really sure what was said after this as my brain went numb pretty quickly. The next thing I remember saying was, “I’m just wondering what’s next?” I waited for a few minutes while she spoke with the doctor and I put myself together. Except, there really was no putting myself back together at this point. I literally could not stop the tears from rolling down my cheeks. We never got pictures. 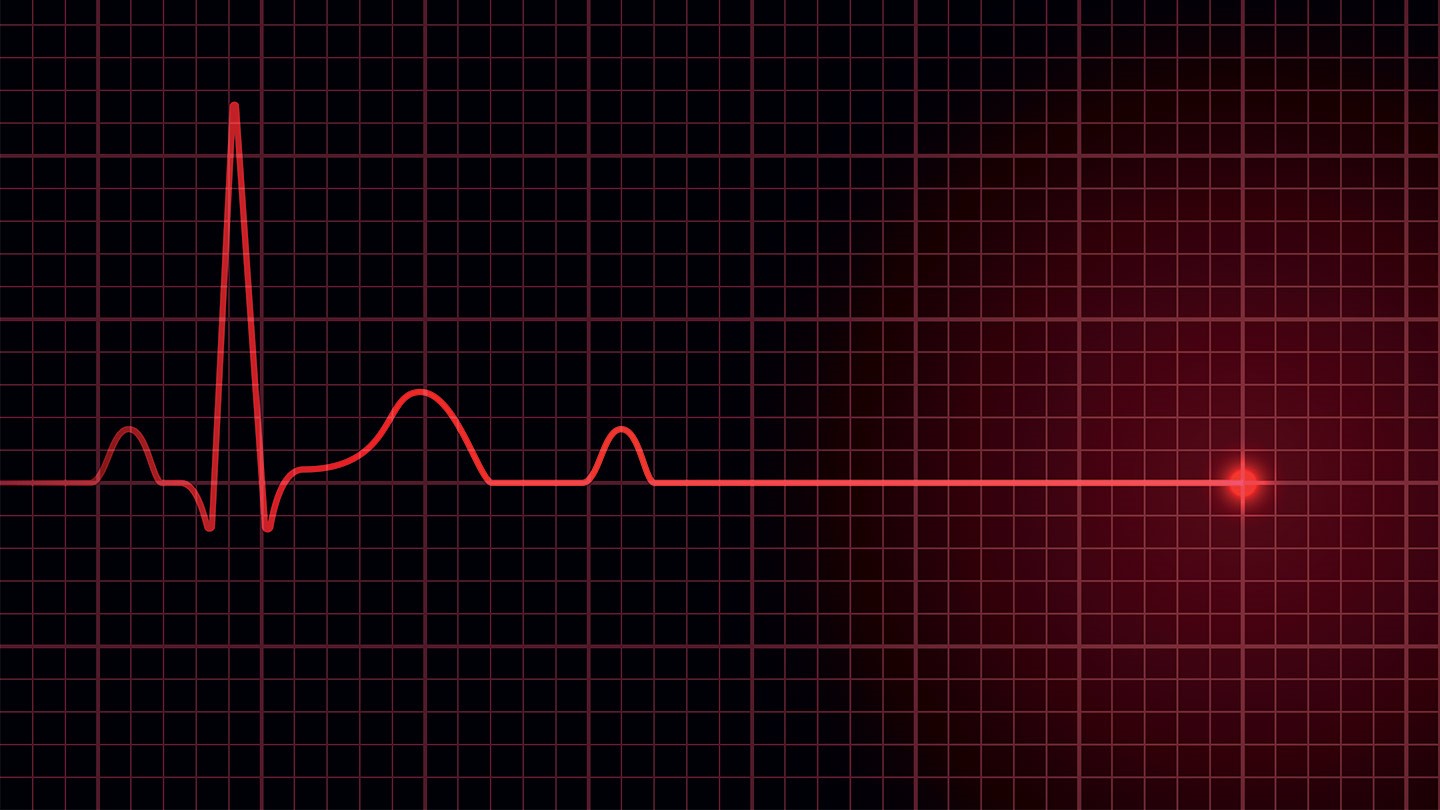 I called AJ once the nurse walked out of the door. When I told him there was no growth, he said, “What does that mean?” All I could do was repeat the same thing. Luckily, by the sound of my voice he was able to tell what I meant. I wanted to jump through the phone and melt into his arms, but I couldn’t. I felt awful leaving him alone on the other end too. I knew he was just as heartbroken as I was. After we hung up, a nurse came in and brought me to a different office to wait for the doctor. At this point, I just sat on the bed and cried and stared out the window. Numb doesn’t even begin to cover it. Besides being alone for a half hour waiting, I knew who I was waiting for and did not appreciate their bedside manner during my first pregnancy. This certainly could not be a good experience in my life. When he finally came in, he gave an immediate excuse of the nurses not telling him he had an early appointment. He began by saying, “I’m sorry to see you under these circumstances, but I think the last time you had an ultrasound we didn’t find the fetal heartbeat.” I confirmed this and acknowledged that we also had measured quite small. He discussed the facts with me, because he is a facts person, and gave me some statistics to go off of. Turns out, a blighted ovum is so much more common than you would ever think. In fact, there are many women who experience a blighted ovum and never even realize it. I appreciate his facts and statistics, because it does remind me that I’m not alone and that I have no control over this situation. Also, unfortunately, miscarriage is something that cannot just be stopped and there’s not always a reason for it besides science.


When I got home, I hugged AJ and cried, but we went on with our day. Again, we still had to be parents. We talked about watching movies on the couch all afternoon, but we decided that wouldn’t be very beneficial to us. We kept ourselves busy putting together Zoey’s new bed for the afternoon because I knew if I sat I would weep and I didn’t want to do that. We were successful and made a plan to tell Zoey immediately because she reads us really well. We knew the new bed and some family time would help a little bit. I think she knew something was up because it became a family trip to pick her up. We both made awkward small talk with her until I went ahead and initiated the conversation. “Zoey, mom had an appointment today.” Typical Zoey response of, “And?”

“When they did the ultrasound, they didn’t see the growth that they needed to and couldn’t find the heartbeat.”

“What does that mean?”

“That means that the baby stopped growing”


This was possibly the most heartbreaking moment I have ever experienced in my life. The look on her face and the weeping from the back seat. She was pissed and sad and I knew we should’ve waited until we got home at this point. We tried to console her and remind her of the amazing family members that we have, but she didn’t really want to hear it. We told her the plan for the evening through her tears. Our first stop was the car wash, but first I parked the car and held my oldest baby for a few minutes. We cried together and squeezed each other and told each other that we loved each other. I told her I was sorry that she had to go through this and acknowledged that it sucks. I made some silly fart jokes and we got back in the car to go through the car wash. She started to cheer up about halfway through the wash. We continued on with our evening and snuggled a lot. She was excited about her bed and enjoyed our family time, but we continued to cry together periodically throughout the night. It sucks that she had to experience this heartbreak but at the same time, it’s a reality of life.


It wasn’t like it was all over just because we found out. Now I had to have follow up appointments to discuss my options and check my bloodwork to make sure everything “did what it was supposed to”. I made the choice to have my miscarriage overnight so that I wasn’t needed by anyone else in my household (for the most part). I am very thankful that I was able to make the choice to terminate this pregnancy at 11-12 weeks, because my body did not miscarry naturally. From start to finish it was awful, exhausting and straight up sucked, but I know that life will still go on. Experiencing the depression of postpartum after is still no fun, even while medicated. But life has to go on. I still have a beautiful family to raise, a business to build, and a husband to love and build a life with. Being a mom has become a passion of mine and unfortunately, sometimes the heartbreak is part of that role. While I know that it would have been beautiful to have another little love in our lives, we are so blessed to have the beautiful and amazing daughters that we have already.


I’m not writing this to lessen the blow, because it doesn’t even touch the reality of the heartbreak. We had names picked out and a picture in our heads of what it would look like with another baby. Ripping that away, not only from us, but from our family is no small event. It’s a true heartbreak. However, there’s nothing more we can do about this situation except to choose how we react and respond. We are choosing to look at this with a positive light and know that everything happens for a reason, even if we don’t know what that reason is. I’ve always believed that if things are meant to be, they will find a way and if they’re not, that’s ok too. That’s just how life seems to work…..that and karma (I do love her).


A quick note, abortion is not always a black and white situation. There are so many gray areas. It’s not always about a woman choosing to not have a baby. Sometimes, there isn’t a choice involved. Being able to choose to keep myself healthy in spite of all of this was very important to me. Having an abortion isn’t “the easy way out”. Easy is the last word I would use to describe it. There is stigma in the word abortion, but it’s a real medical process and term. It seems that it’s always such a secretive thing, but in all reality, it can be a very lonely process. That night will be in my mind for the rest of my life, but I am still stronger for it.